Unlike FDA-approved smoking cessation treatments, our candidates do not contain nicotine or interact with nicotine-receptors in the brain or body. Instead, our anti-nicotine therapeutics are designed to neutralize or eliminate nicotine in the blood, preventing its harmful effects on organs throughout the body, while reducing its addictiveness. 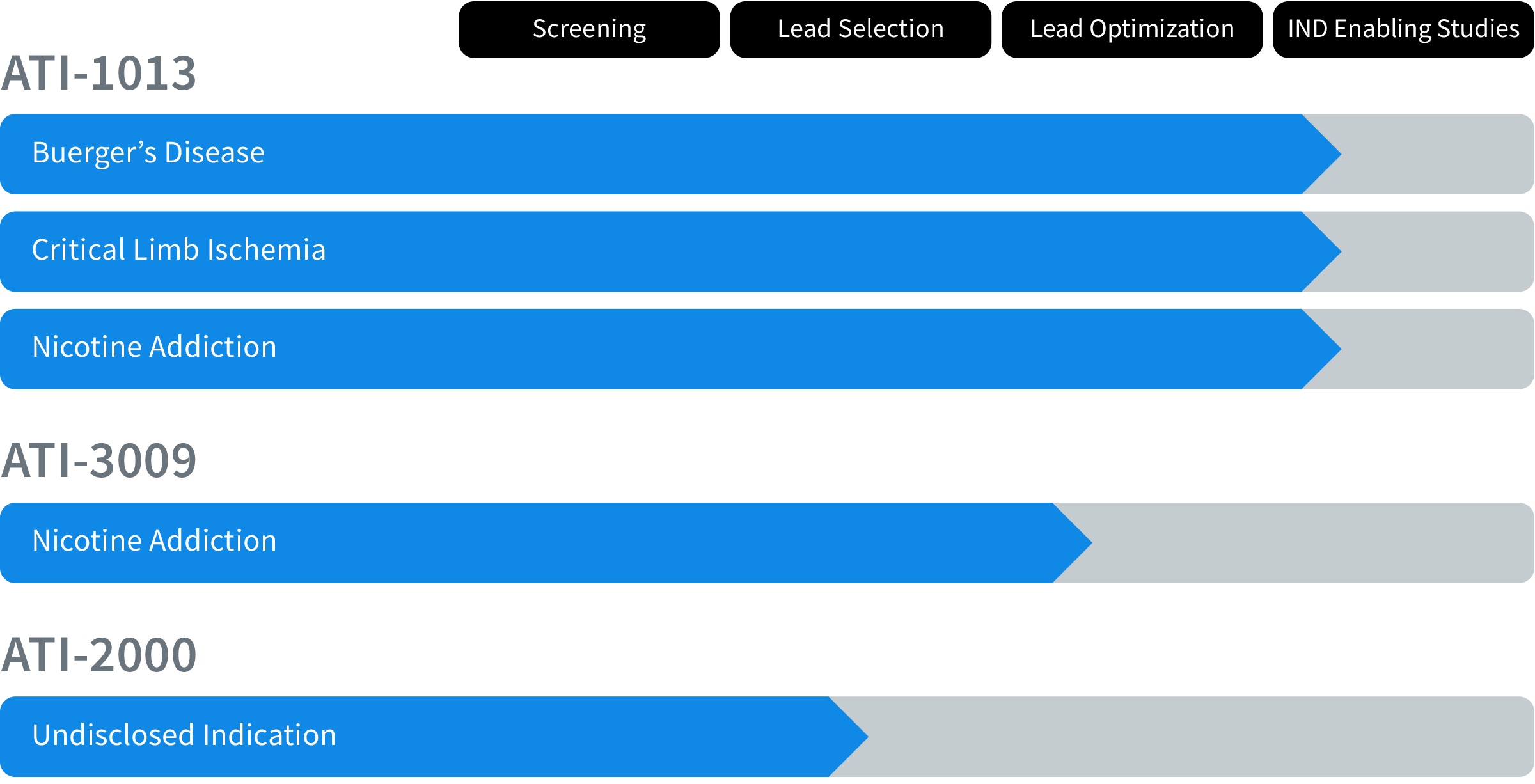 Within the general population of smokers, we have identified two orphan diseases1, Buerger’s Disease and Critical Limb Ischemia (CLI), whose patients are expected to benefit from an anti-nicotine product because nicotine is considered a key driver of disease progression. The unmet medical need is high in smokers with either disorder as no treatments are approved for these indications by the FDA.

Both indications are distinct types of severe peripheral arterial disease (PAD) in smokers who have an immediate medical need to stop smoking, and for whom additional surgical approaches to limiting the damage produced by nicotine are not feasible. The clinical symptoms of smokers with severe PAD consist of moderate to severe pain upon walking and/or pain at rest, skin ulcers that do not readily heal and, in the most severe cases, gangrene of the hands, feet, or extremities leading to partial or full limb amputation. In addition, some patients are often severely debilitated due to their inability to walk and experience of excruciating pain. While difficult for non-smokers to comprehend, the addictive power of nicotine is so strong that even facing these dire outcomes, a large percentage fail to stop smoking and cannot use NRTs as an aid in smoking cessation attempts without causing further disease progression.

Development of ATI-1013 for these two orphan vascular disorders will be pursued concurrently once ATI-1013 is approved for human testing. Given the lack of any approved alternative pharmaceutical (or surgical) treatment of these smoking-related illnesses, it is anticipated that the scope of the clinical programs needed for commercial approval will be quicker and less resource intense, similar to the accelerated development programs seen historically with many other drugs used to treat orphan disease indications.